Assessing Nadal vs The Field at the French Open

Anybody following tennis over the last dozen years or so will know that, when fit, it is close to impossible to beat Rafael Nadal on the clay courts of Roland Garros. He has, of course, won the French Open a record ten times, including the three-set hammering of Stan Wawrinka in last year’s final. It seems incomprehensible that he has lost just three matches in Paris, which represents a 77%-win rate for the last 13 years for the brilliant Spaniard. 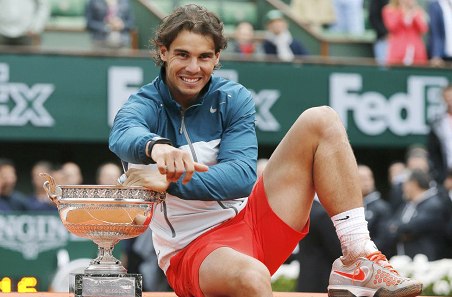 So, what should we make of the odds of 9/10 (best price from Unibet, others go as low as 3/4) that Nadal wins the French Open 2018? Do they offer value? Or should we be looking elsewhere? First of all, it should be a no-brainer than anyone betting on a tennis Grand Slam, or any sport, should be checking the latest enchanced odds from major bookmakers before they bet. Bookies can often boost the odds for the big tournaments, so it is always worth checking.

As for Nadal’s standard odds of 9/10, they are quite generous when you take his record into consideration. As mentioned, before Nadal has won the French Open 77% of the time down the last twelve years. That percentage would be increased to nearly 83% if you discounted his third-round withdrawal due to a wrist injury in 2016. That makes a 90% return on your bet seem very attractive, especially due to the fact that Nadal seems to be very much at full fitness currently.

However, it is remarkably rare that any tennis player, even someone as dominate as, say, Serena Williams, will be given a price of odds-on to win a Slam outright. So, who offers a bit of value before the French Open? Well, as expected, Roger Federer will miss the French Open for the third year running in order to be fresh for Wimbledon. That’s no surprise given the Swiss master tends to be careful in his choice of tournaments these days. The other top candidates are listed below: 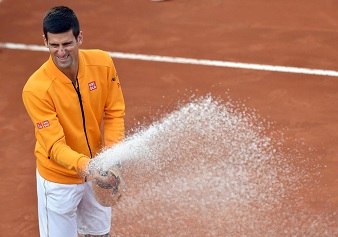 Djokovic may need more time to recover before challenging again

If you were looking for the name of Andy Murray, he will also miss the French Open to recover from hip surgery. The biggest name on the list above is Novak Djokovic, who is also making his way back from injury. We must remember that it was Djokovic in 2015 who was one of just two players (the other was Robin Soderling in 2009) to beat a fully fit Nadal in Roland Garros.  But Djokovic may need a little more time to get fully fit for the season. Wimbledon, where you can still get 9/1 on the Serb, may be a better bet.

Last year’s runner up and 2015 winner Wawrinka at 25/1 may be the pick of the bunch here. Those odds show real value and we should remember that most bookies will pay half the odds for reaching the Final in the each-way betting. However, you might want to check that he is on the opposite end of the draw from Nadal before betting.