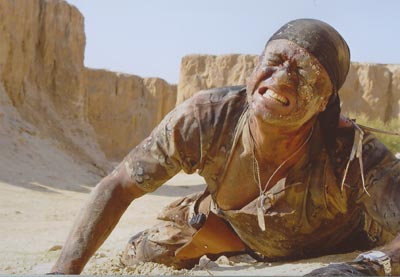 In this article we analyze how the qualifying matches influence the players’ performance in the main draw. Many bettors on forums and social media are used to making blanket judgments on the effects of qualifying, without having performed any meaningful analysis.  As for us, we’ve resorted to quantitative analysis to find out whether the market assesses the effects of qualifying correctly. We’ve looked into the 2017 Australian Open (Grand Slam event), two Masters 1000 events (Indian Wells and Miami Open), and a couple of ATP 500 – ABN Amro in Rotterdam and Rio Open.

What are we looking for? We take the initial number of matches with players who’ve qualified and estimated the winning percentage throughout the event. Is it valuable to back those who have progressed from qualification or should we bet against them?

What does the data suggest about players who qualify?

It’s worth noting that once the qualifiers played each other, Three times the qualifier was a pre-match favorite (Radek Stepanek v Dmitry Tursunov, Frances Tiafoe v Mikhail Kukushkin, Ivan Dodig v Denis Istomin). The most fascinating was A. Bublik’s win over Lucas Pouille in the first round of the main draw. The pre-match odds for the Russian were at about 3.95.

Having calculated all the odds and final outcomes, we can say for sure that you would have lost 0.12$, shall you back the qualifiers in the first round with 100$ a match.

There was one match when a qualifier faced qualifier. For three times a qualifier was a pre-match favorite (Vasek Pospisil v Yen-Hsun Lu, Marius Copil v Horacio Zeballos, Julian Benneteau v Facundo Bagnis). The most valuable win was that of Henri Laaksonen over Borna Coric. The odds for Laaksonen was 3.8.

Backing qualifiers with 100$ in every match, you would have lost 0.65$ totally.

Backing qualifiers with 100$ every time, you would have lost 250$ in total.

A qualifier played qualifier in one first-round match. There was not a single match with a qualifier coming out as a favorite. The most interesting win was Arthur De Greef over Pablo Cuevas (4.65).

Backing qualifiers with 100$ every time, you would have win 570$ in total.

Qualifiers have never started out as favorites. Shall you back qualifiers with 100$ every time, you'd win 36$.

So far in 2017, no players made it from qualifying to the final of ATP, however, there were those who made it to the semis. Pierre-Hugues Herbert progressed to the semifinal round in Rotterdam and was defeated by David Goffin in straight sets.

Summarizing the data above, we’ll get a total of 76 matches that took place with the players who’ve qualified involved. Altogether there were 30 matches won (39.5%).

There’s nothing of surprise that qualifiers don’t have a huge win percentage. It’s due to their low ranking that they will be some of the weakest players in the draw.

The biggest samples came, naturally, in the 1st and 2nd rounds of events.  With every next round the winning percentage gets lower.

Of course, there are some exceptions: again, Herbert progressed to the semifinal clash in Rotterdam; Dusan Lajovic made appearance in the Indian Wells fourth round. However, it’d be a guessing game to back the player who qualified and back him. Shall you guess, the profit can be really huge.

For example, the market obviously backed Murray when he came against Vasek Pospisil in the second round of the Indian Wells. The odds for Pospisil were 16,21. But who knows that the Canadian will show his career best tennis and outplay the World No.1?

The performed analysis say that while in the opening round of the main draw qualifiers may benefit from extra time on court, the accumulated fatigue make them struggle starting from the second round. And it’s natural: a player who has played either three or four matches by the time of the second round battle will not be as fresh as his seeded opponent by this point of the tournament.

In ATP 500 (and in ATP 250, we suppose) qualifiers are more competitive than at Masters 1000 and Grand Slams as the main draw is generally weaker at lower valued events. Accordingly, the qualifiers make deeper run here without facing the top players.

The evidence in the tables above indicates that opposing qualifiers, especially from the second round of the main draw in Grand Slam, ATP 1000 and ATP 500 events onwards, can definitely be considered as a good strategy. Bettors should consider the effect of the qualification matches and apply this info while making solid betting decisions.

Live bets. Special aspects of betting tennis live
How to consistently win at sports betting
Betting lines. How to select the best one
Tennis betting. All you should know about betting on clay court tennis matches
Answers to some questions: fixed matches, bets on totals, betting strategies